We officially opened our doors June 2018. 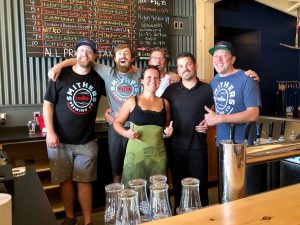 Adin Bennett and Blaine Estby had been friends for more than 20 years when they finally got serious about following through on their dream to open a brewery in Smithers. Both, originally from Smithers, have followed one other around the province over the past two decades, working together in various jobs in both Vancouver and Prince George. Between the two of them, they have worked for large scale breweries, food and beverage distribution, and various sales and marketing jobs across the province before settling with their families back in the valley.

What started as a dream, became a reality while chatting with local business owners, Sascha Hillebrand and Jeremy Roth. The two own the well-known Alpenhorn Bistro and Bar , their own catering company, and operate food and beverage for other establishments in the community and around B.C. While still looking for a place to rent and retrofit, Sascha offered up their empty lot on 3rd Avenue as a potential option. As planning continued, budgets were set, then reset, then reset again, until a final decision was made to go forward and the first shovel hit the dirt in late September of 2017. Nine months later the 3,000 sq ft custom built brewery in downtown Smithers emerged, and Smithers Brewing Company was born.

Through the process, Adin and Blaine met Cam McKeigan, a school teacher, and brewer at Wheelhouse Brewing in the neighboring town of Prince Rupert. After the initial meeting they all walked away feeling optimistic about the future. Cam’s passion for perfection and creativity in brewing shone through, and within days they had come to an agreement for him to be the Head Brewer and partner with Smithers Brewing Company.

Throughout the entire process, and still to this day, the brewery wouldn’t be open if it wasn’t for our amazing families, friends, staff and the community we have surrounding us. We can never thank you all enough.

Smithers Brewing Company officially opened its doors at 11am on June 27, 2018.

Our rad staffer @darling.belladonna is a real life

Last keg of TropicALE Thunder just tapped. Get it 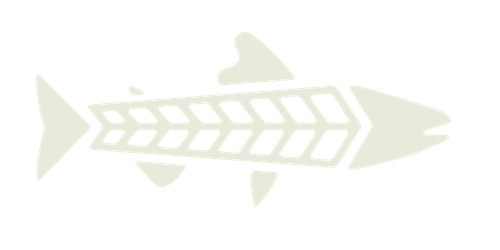